Get fresh music recommendations delivered to your inbox every Friday.
We've updated our Terms of Use. You can review the changes here.

Roots. Return To The Inner Temple 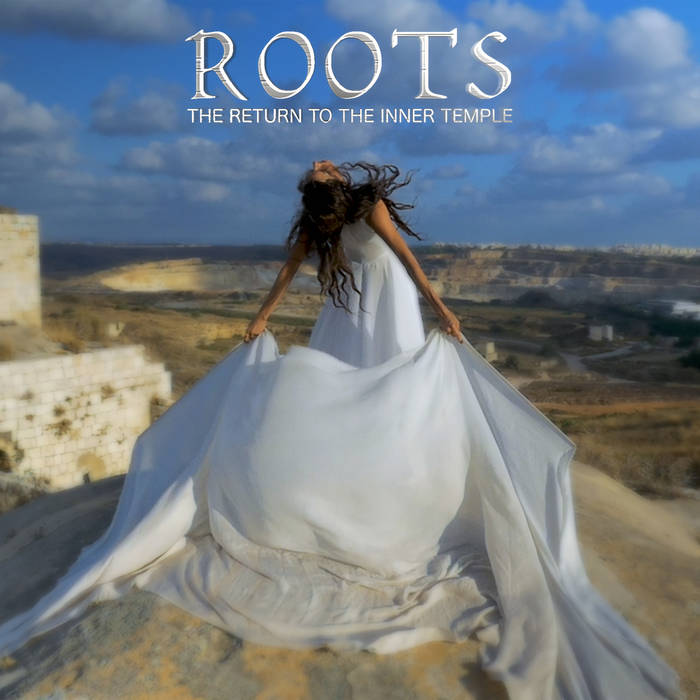 Triss Velvel The message carried by this song resonates with me, thank you for spreading it!

Recorded in 2012, the soundtrack “Roots” awaited to be published over a period of several years.
One day, a moment comes.. when we are open to trust our inner call, it guides us, leading us to the soul family and giving us "Home" wherever we may be...
May we allow her majesty, Music, to bring us closer to this holy moment we call "Here and Now"…anytime...
With a heart that feels thankful just for being,
E.T.

“Dear ones across time and worlds!
It is time to return to the Temple!
Not the temple of gods, prophets, deities and laws,
But the Temple of all humanity,
The Temple of the Heart!”
(Zola Dubnikova)

The music video "ROOTS" arose from the timeless soul connection, shared vision and collaborative work between Estas Tonne & Zola Dubnikova. As an incredibly devoted holistic dance artist and teacher, Zola transmits arcane knowledge to women across the world, guiding them back to their sacred nature.
Since its recording in 2012, the soundtrack “Roots” was not released to the public, yet Zola used it widely in her numerous offerings throughout the world. In 2015, while working on the completion of “Mother of Souls” album (a musical project created as the result of Estas’ collaboration with musicians from different corners of the globe), there was a strong calling to film Zola’s ”holistic dance language” experience. Thus, due to the diligent efforts of visual artist Giedrius Dagys who is endowed with the unique ability to catch the beauty of the moment through his camera, a short video about this marvelous ritual dance was captured and or lovingly edited, followed by fine-tuning of the original track by extremely talented sound engineer, Leon Galperin.
“May we remember that Roots grow when we listen to the call guiding us from inside, the call that leads us to our soul family and guides us to the path of truth, giving us a "home" wherever we may be.” - ZD
With a heart full of love and profound gratitude to all sister-hearts who trusted to be filmed during the deep meditative practices and all those participating,
Estas Tonne & Zola Dubnikova & Giedrius Dagys

Earth
mother
the deep support underneath our own feet

Woman
the mystical force
from which we all come

Earth
who nourishes us
who hosts us unconditionally

All this music is intended for personal experience and sharing!
If you wish to incorporate it for commercial use, please send an email to info@estastonne.com describing what is it intended for!

As a modern-day Troubadour Estas Tonne travels countless places and finds himself in several cultural references without identifying himself with a single nation or country, rather with the cultural richness of the world. His music is therefore a reflection of a classical structure, technique of Flamenco, roots of Gypsy, characteristics of Latin and Electronic Soundscapes. ... more

Bandcamp Daily  your guide to the world of Bandcamp

Mille Petrozza stops by to talk about the new Kreator album, plus music by Trauma Bond